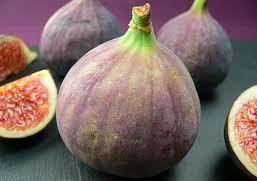 Modern gardens are all about leisure, but the idea of a garden being a place of recreation for working people is a relatively new idea. In earlier times, only the wealthy could afford to have land filled with ornamental trees. For most a garden was a productive space, devoted to growing fruit, vegetables and herbs. Where flowers were grown they were usually cultivated for medicinal or utilitarian reasons. Even the wealthier families, who could afford pleasure gardens, had kitchen gardens to keep the house supplied with produce.

In the second half of the last century improvements in living standards, the wider availability of food, refrigeration and improved storage techniques and changing eating habits meant that fewer people were including productive areas in their gardens. It now seems that gardens are viewed very differently – rather than being an area of economic value, they are seen more as extensions of the living areas of the house.

Thankfully, we are started to see changes. More and more people are asking that a veggie garden be part of the new design. The dazzling array of produce available in our supermarkets has a hidden cost. Often food is transported long distances, and the resultant impact in terms of pollution is a factor that is troubling more and more people. The bounty in the supermarket is also made possible by the intensive use of pesticides, herbicides and fertilizers. Information about the chemical inputs into farming is not widely disseminated, and consumers can be troubled by the largely unknown health risks that combinations of these chemicals may have.  Growing food at home means that much more control can be exercised over the chemical input into the produce.

So how can we add productive elements to the garden? Firstly, we have to be honest about how much time we want to spend actually tending the garden. Growing palatable fruit and veggies takes a lot more time and effort than many people realise. A garden full of tasty veggies and fruit is not only appealing to us, but to a whole host of other animals. Birds, bats and possums can strip a laden fruit tree in the wink of an eye. Succulent salad leaves will stand no chance against a hungry hoard of slugs and snails, caterpillars and grubs. Most fruit and veggies wont crop well if subject to water stress, so irrigation is also a factor.

The easiest entry into food production are herbs, many of which, coming as they do from around the Mediterranean basin, are tough and adaptable. They can also be worked into ornamental gardens without much effort. Rosemary, particular prostrate, is a reliable performer as a ground cover. Care needs to be taken that it is trimmed regularly to avoid woodiness. Bay tree (Laurus nobilis) makes a handsome, if slow growing, hedge. Sage, like Rosemary, is a good choice as long as it is kept regularly trimmed. Low growers like Oregano and Thyme can also be used as groundcovers.

Other plants can be included into ornamental borders and will do double duty being attractive to the eye and useful in the kitchen. Italian and curly parsley can be clumped to provide a soft green foil for other plants. Trim the leaves as you need, and allow a few to go to seed, both because they have attractive flowers and it ensures a supply of seedlings. Coriander can be used in the same way, and even carrots and parsnips can be grown in borders. All part of the same family, they can be cropped as needed or left to flower and spread.  Swiss chard is an easily grown plant that can give a good display of deep green leaves. And don’t forget nasturtiums. Both the leaves and flowers are edible, they cope well with heat and neglect, and the spread rapidly through a garden, but are easily controlled. The various members of the onion family can also be planted amongst ornamentals, some having interesting flowers. Chives makes a great clump, a good alternative to small grasses.

If a dedicated vegetable plot is needed, care should be taken in the siting of the space. Almost all food crops need plenty of sun. Hygiene is also important, so plots should be site away from areas where dropped leaves build up, and where it is easy to erect barriers such a meshing for trees and to avoid possum damage. Container growing of vegetable crops is often a good idea in small spaces, or even in larger gardens where integration into the main garden isnt easy. Growing in containers means that optimal conditions can be created for growing different crops, and when the crops are not looking their best, they can be sited out of the way of important views of the garden.

We can only hope that an upsurge in interest in veggie garden might herald a new trend overall in gardens. Encouraging home owners back into their gardens, as a place where they actively take part in the nurturing and development of the garden ,rather than simply enjoying it passively, has got to be a good thing.